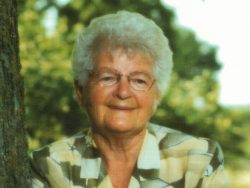 A Celebration of Life Service will be held in the Drayton Christian Reformed Church on Saturday, July 27, 2019 at 2:00 p.m.

As expressions of sympathy donations to World Renew or the Alzheimer’s Society would be appreciated by the family.