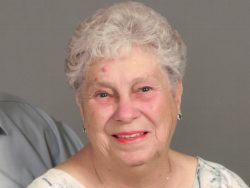 Masks are required for visitation and all Covid protocols will be followed. A private family service will be held in the Drayton United Church on Saturday, October 23, 2021.

The service will be video taped and made available on the funeral home website below Shirley’s notice on Monday, October 25, 2021.