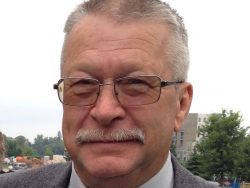 formerly of Arthur passed away suddenly on Saturday, September 21, 2019 at their property in Huntsville, Ontario at the age of 72.  Beloved husband and best friend of Valerie (Walsh) for 20 years.  Loving father of Michael and Lisa Cooper of Mount Forest, Jason and Jenny Cooper of Gatineau, Melissa and Barry Martin of Kitchener, Jayna and Kyle Towriss of Arthur, Katie and Jim Solomon of Kitchener and Tyler Day of Arthur.  Fondly remembered by his many grandchildren and great grandchildren. Son of Ruby Cooper of Drayton and the late John (Jack) Cooper.  Brother of Terry and Peggy Cooper of Conestoga. Son-in-law of John Walsh of Arthur and the late Mary Teresa Walsh.  Brian will be missed by his sisters-in-law, brothers-in-law, nieces, nephews and friends.  Predeceased by Heather Vallance. Brian was born and raised in the Drayton area.  He then moved to Elora and then to Arthur where he has lived for the past 30 years.  Along with wife Valerie they established Cooperslane Kennel, raising Labrador Retrievers for service, therapy and companion dogs.  Second only to his family, was his love for his dogs.  Brian was a true outdoorsman and was in the process of building a retirement home for him and Valerie in Huntsville.  At Brian’s request cremation has taken place followed by a private service.  In lieu of flowers and as expressions of sympathy donations to the Heart and Stroke Foundation or Autism Dog Services would be appreciated by the family.