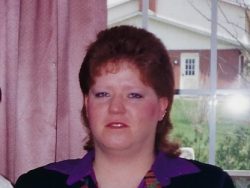 The Family will receive friends at the Crawford Funeral Chapel, 243 George Street, Arthur on Saturday, December 21, 2019 from 1 to 1:45 p.m. followed by a Memorial Service of Remembrance in the Funeral Home Chapel at 2:00 p.m.

As expressions of sympathy donations to the St. Andrews Presbyterian Church Gordonville or Groves Memorial Hospital would be appreciated by the family.