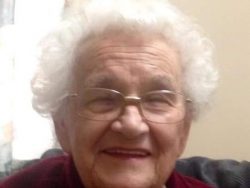 A private family visitation was held at the Heritage Funeral Home, Drayton and Funeral Mass will be celebrated in St. Martin of Tours Roman Catholic Church, Drayton.  As expressions of sympathy donations to the Alzheimer’s Society or Grand River Regional Cancer Centre would be appreciated by the family.