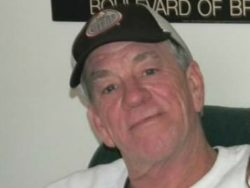 It is with sadden hearts the family of John Lamont McQueen  AKA, Lamont and Frenchie  announce his passing at the Guelph General Hospital on Thursday, March 4, 2021.  He was the son of the late Kenneth McQueen and late Shirley (Brown) McQueen.  Eldest Brother to the late Kendra, Jane (Anita), James, Julie (Colin), Jody (Jeff) and the late Joshua. Uncle to Destiny (Ryan), Jessica (Ryan), Ashlee, Annabell and Ryder Great Uncle to Dylon, Parker, Zoey, Treyton, Maccoy and Grady.

To honour John’s wishes cremation has taken place.  John will be laid to rest in Greenfield Cemetery and will be announced at that time.