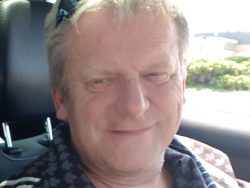 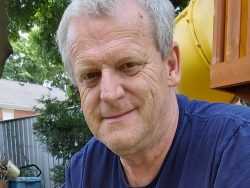 of Palmerston, passed away peacefully at the Grand River Hospital, Kitchener on Tuesday, March 9, 2021 in his 60th year. Beloved husband of Terry (Schuknecht) for 39 years. Dear father of Chris Horton (fiancé Linda Black) of Palmerston and Nikki (husband Jozef Mikulec) of Arthur. Grandfather of Xavier. Predeceased by his parents Floyd (Bill) (1999) and the late Jean (Ritchie) Horton (2018).

Fondly remembered by his friends and neighbours. To Steve, family is where life starts and where love never ends. He was a true ‘family’ man; both blood and extended, he would do anything for any of them, and to be a part of Steve’s family – you knew this and felt it. He was loved beyond measure and will be terribly missed by everyone.

To honour Steve’s wishes, cremation has taken place. A celebration of life will take place at a later date and will be announced at that time.