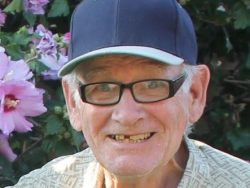 of Guelph passed away peacefully on Saturday, May 22, 2021 at the Guelph General Hospital in his 82nd year.

Bill was born in Toronto, lived many years in Mississauga but spent the last few months in Guelph.

Dear father to his daughter Kimberly (Kim) Roberts. Grandpa to Joey and Kyle.

Dear son to predeceased father and mother Thomas and Gladys Roberts of Toronto.

Fondly remembered as Uncle Billy by his nieces and nephews.

To honour Williams wishes cremation has taken place. A celebration of life will be held at a later date.