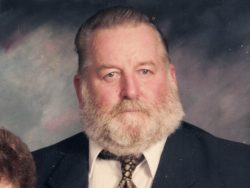 Having lived all of his life at R.R. #2 Alma, Lloyd Edward Franklin finished his life’s journey as he requested, at home on Friday, October 8, 2021 in his 83rd year.

The family will receive friends at the Heritage Funeral Home, Drayton on Tuesday, October 12, 2021 from 2 to 4 and 6 to 8 p.m.  Please visit the book a visitation time below or call the funeral home at 519-638-3072 to book a time to attend visitation.  Masks are required for visitation and all Covid protocols will be followed. A private family service will be held in the Drayton United Church on Wednesday, October, 13, 2021.  The service will be video taped and made available on the funeral home website below on Friday, October 15, 2021.