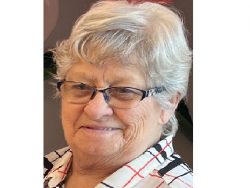 The Funeral Service of Remembrance will be held on Friday October, 21, 2022 at 11:00 a.m. followed by interment in Greenfield Cemetery, Arthur.

As expressions of sympathy donations to the Heart and Stroke Foundation or the Hamilton General Hospital would be appreciated by the family.