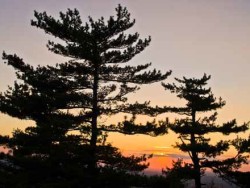 of Kenilworth passed away peacefully after a short but hard fought battle with cancer at his home surrounded by the love of his family on Saturday, December 24, 2022 in his 85th year. In his final hours, he was comfortable and at peace.

Born July 24th 1937 in Toronto, Roger attended Trinity College School in Port Hope. He later trained with the Navy, spending two summers with the University Naval Training Division. After attending McMaster in Hamilton, he joined the family business as a stock broker in Toronto for many years before moving to Kenilworth in 1989. His home in the country brought to him new friends and a second career at Arthur Chrysler. He never wanted to return to city; loving his life at the farm so very much, splitting his time between there and the family cottage, located near Parry Sound.

Roger will always be remember as a man of wisdom, humour, kindness, and high moral character. On his behalf, We wish to thank all his friends and family who helped make his life so fulfilled and complete. He loved and valued each and everyone of you greatly.

To honour Roger’s wishes cremation has taken place. The family will receive friends at the Crawford Funeral Chapel, 243 George Street, Arthur on Saturday, January 14, 2023 from 2:00 p.m. to 4:00 p.m.  A service will be held at a later time followed by interment of his remains in Mount Pleasant Cemetery, Toronto.